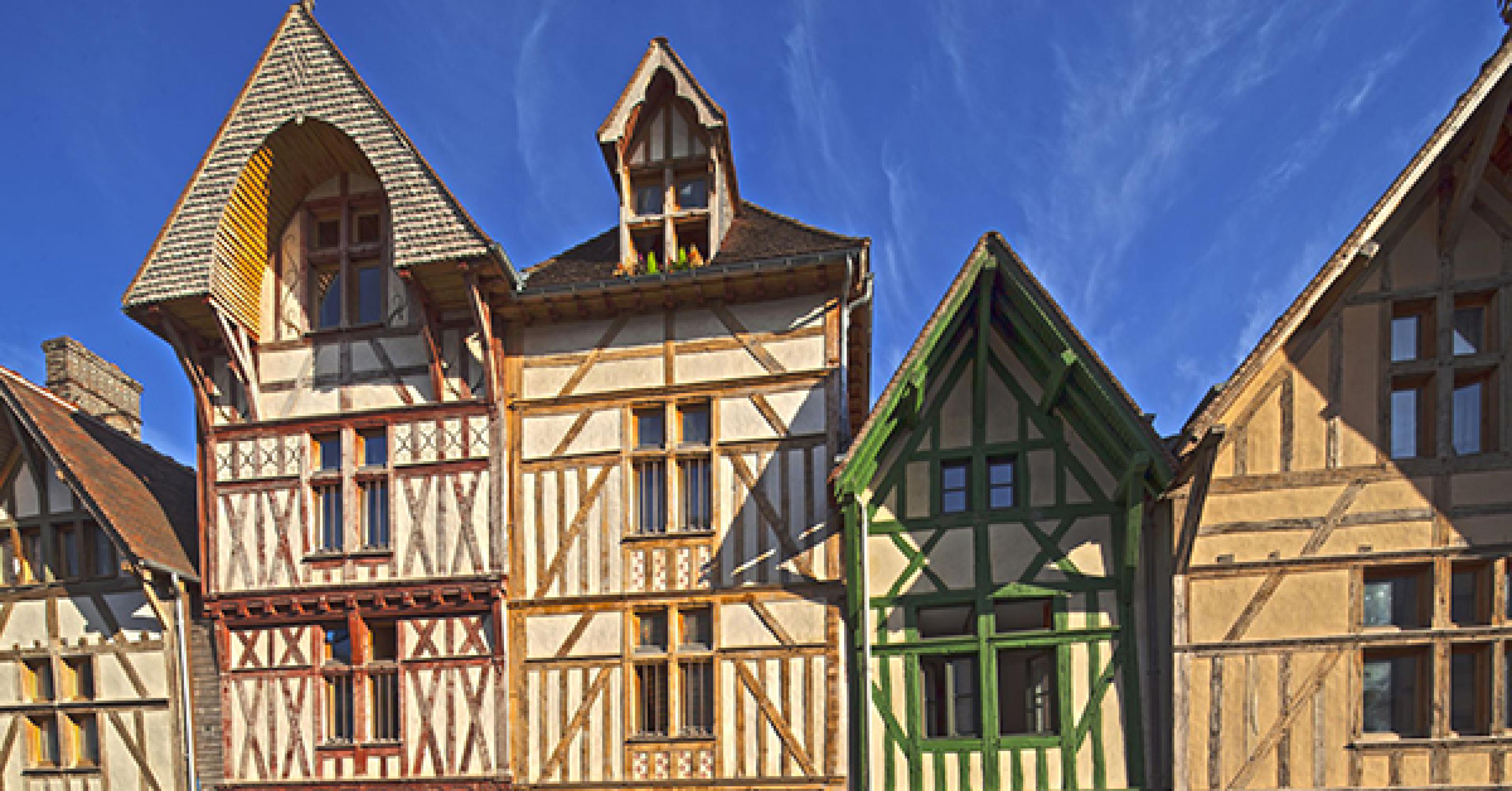 Ranked by L’Étudiant magazine as the 3rd best student city in France in its category for 2019/2020, Troyes is a manageable city full of hidden treasures, with a unique architecture and a rich history. Choosing the city where you will study is almost as important as choosing your school. If you’re going to spend two to five years in a student city, it’s best if it’s a place where it’s enjoyable to live! Transport time, housing costs, going out, culture, sport, accessibility, ambience… there are so many variables when it comes to choosing a city. So to make you want to come to Troyes, we’ve selected six must-see places for your next visit.

Town halls are always interesting monuments. The one in Troyes, however, is a little different, for at least two reasons. The first is that it overlooks a large square, leading to the historical districts of the city with its colourful, wooden panelled houses paved streets and unique ambience. The second is that it is one of the rare town halls to have kept the revolutionary motto “Unity, Indivisibility of the Republic, Liberty, Equality, Brotherhood or Death.” This motto is attributed to Robespierre and fell out of fashion with his death, after 1794.

This is the most famous alley in Troyes. Minuscule, narrow, tortuous, but very typical! Cat alley is an essential feature of historical Troyes. Most of the houses surrounding it date from the 16th century and over time they have subsided, so that the tops of them nearly touch. As a result, the cats in the district can jump from one roof to another, hence the name!

An iconic city monument, the Cathedral of Saint-Peter-and-Saint-Paul has had a troubled history. Although construction began in the early 13th century, the work was only completed 400 years later, after several interruptions, destructions and changes in plans. The cathedral has unique stained glass windows (one of the most beautiful sets in France) and is in the centre of the oldest district in Troyes, right next to the Museum of Modern Art and the university campus. Legend has it that in 1536, the cathedral tower was the end of Denis Bolori, a Troyes watchmaker who invented a system of articulated wings. He was an early pioneer in aviation who had a tragic end, as he was crushed after flying in the air for nearly one kilometre!

The historic city centre of Troyes, shaped like a Champagne cork, can be explored on foot or by bike. You don’t need to waste time on public transport to discover the variety of art exhibitions, concerts, bars and clubs.

The symbol of the city is a superb sculpture of a heart, much loved by Instagrammers! As soon as night falls, it turns red, lighting up the district with its luminous beats.

Very close to the main city centre shopping street, the Lion Noir is a little jewel that is not easy to find. Dating from the 16th century, this private townhouse has a superbly sculpted Renaissance façade, beautiful to photograph. Accessible through a back door, it is hidden out of sight, but is symbolic of Troyes historical architecture.

In addition to its major historical and symbolic sites, Troyes is a lively city very popular with students. As well as the many events and entertainment organised for and by students, there are nationally famous theatres and concert halls that host the very best artists year after year. The Nuits de Champagne music festival is the highpoint of the autumn, with a cultural effervescence that radiates throughout the city the whole week.

Football fans can follow the Troyes ESTAC team in League 2, plus there are many opportunities offered by the Grands Lacs de Champagne tourist office, only a few minutes from the city. Finally, what would Troyes be without its famous outlet stores, the descendants of the rich history of the city’s textile industry, which has reinvented itself over time?

Student life in Troyes means sharing exciting experiences in an easily accessible city, only an hour and a half from the centre of Paris. Students who come here will make unique memories, before heading off to work all over the world.

Back to the news

Virtual tour of the Troyes campus: Experience SCBS as if you were there!

Troyes: a student city to be explored

When you’re thinking about continuing your higher education, you don’t just choose a school or university. You also choose a city, a way of life and a place where you can fully enjoy your student experience. Behind the various clichés (Paris is a dynamic city, the weather’s good in Marseille, etc.) you also need to see the reality of daily life. Between rent prices, availability of housing and transport time, there are many external factors that can influence your choice.

Over 4 days in early October, first year students from the Tourism School, the Design School and SCBS were helped by Playskills staff  to produce a musical show!